C++ was one of the first object oriented programming languages decades past, and extended the C programming language with the ability to create classes and derive from base classes, and C++ also introduced the Standard Template Library (STL) for managing class objects. In this blog post we will show how to create an abstract base class, and create a derived class from it, using an example C++ console application that emulates a Zoo.

The speak() method in the abstract base class will be made a purely virtual method by setting it to 0 in the header file, and also using the VIRTUAL keyword to notate that the method can be overwritten in a derived class. The class will have both a header .h file and implementation .cpp file. 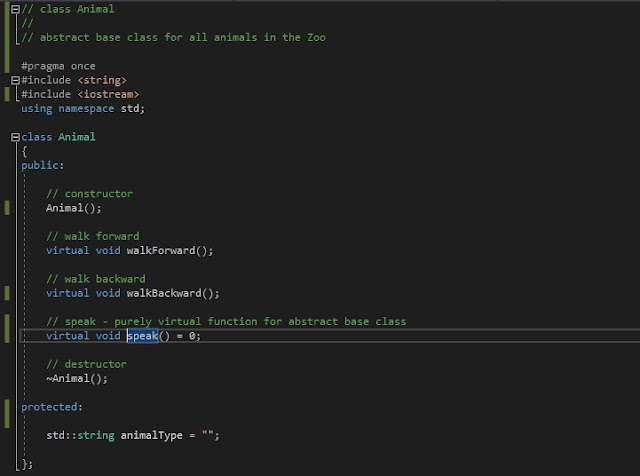 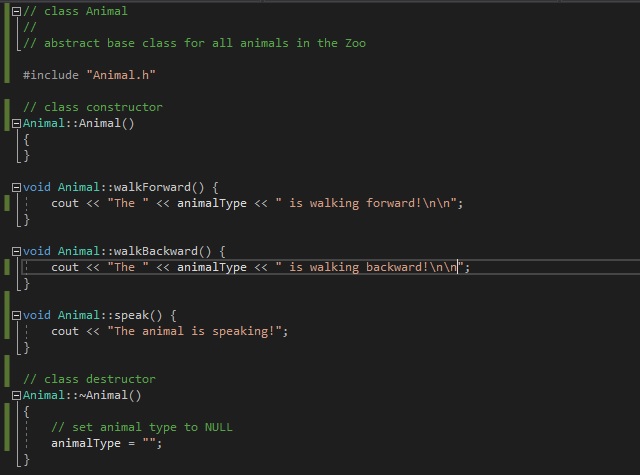 Next, we will create a LION class that will derive from the ANIMAL abstract base class, and will define the speak() method in the LION class to override the base class method with the same name. This class will have both a header .h file and also an implementation .cpp file. 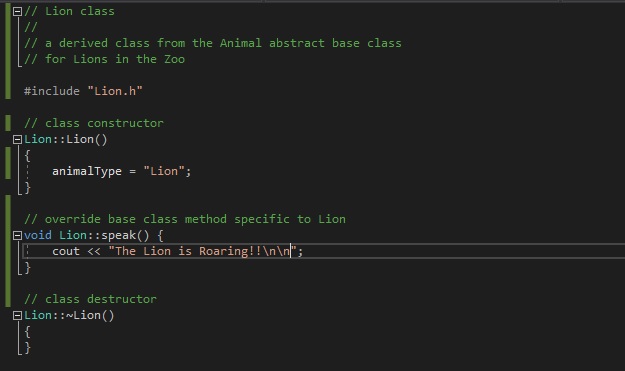 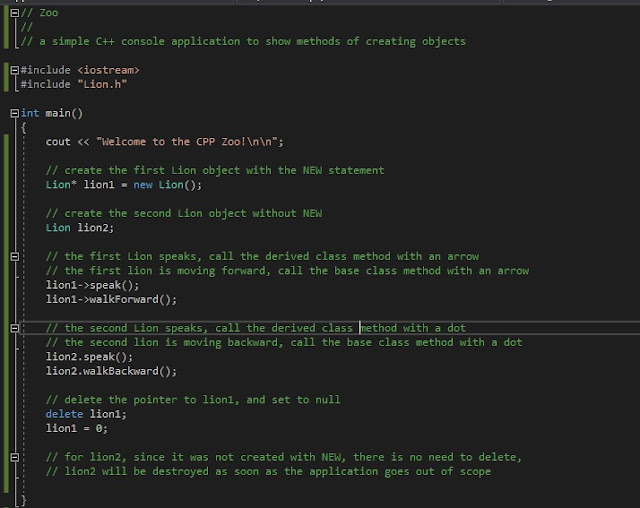 Using the NEW keyword requires that the pointer to the object be deleted from memory and set to NULL when it is no longer being used, to prevent memory leaks. With 'in place' notation the object is automatically destroyed when the application goes out of scope.

This is different than for other programming languages like C# and JAVA, which have a feature called 'garbage collection' where memory allocations are automatically freed for use without the need to call a DELETE operation manually, like with C++.

The output of this simple C++ program should look like the following:

To see a more detailed example C++ console application to emulate a Zoo and the animals in a Zoo, please visit my GitHub source code repository at https://github.com/Michael-G-Workman/
Posted by ABION Technology at 12:07 PM No comments: